Data and being myself in all things 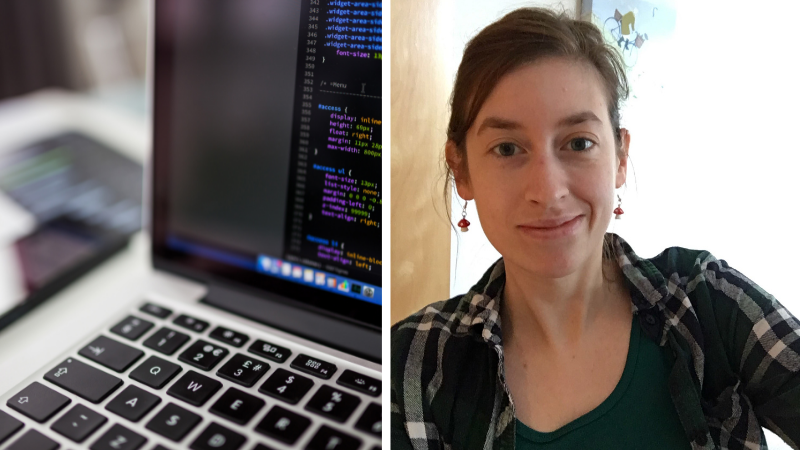 Our partnership with Women in Data provides great opportunities for our colleagues who work, or aspire to work, in data. We value the expertise of all our data professionals, yet we recognise we need to do our part to help bring more gender balance to the industry. We're committed to celebrating and supporting women in the industry, building a more diverse pool of data professionals, and changing the profile of the industry over time.

Data Scientist, Helen, shares her experiences and advice to others wanting to grow a career in this area.

My parents are both ex-coders so I was brought up around maths, tech and code

I knew I wanted to work in STEM, it just took me a little while to figure out exactly whereabouts that would be. I picked my A-levels to apply for a medical degree, then enrolled at Durham University to become a geneticist, graduating with a masters in Chemistry and Maths four years later. I stuck around for another four years to do a PhD in Chemistry, where I started using FORTRAN (a highly underrated language!), and graduated again, realising that it was time to become a full-time coder!

After I graduated, I joined a graduate scheme at Nationwide Building Society

I spent three years as a PL/SQL engineer. I learned a lot about database functionality and definitely feel it had a positive impact on the way I code. I then moved to the Head Office in Swindon and spent two years in a junior data scientist role, before joining Hastings in August 2021.

Numbers and code make sense to me, in a way that words and people don’t always

I enjoy working in situations where there is a problem and the possibility of a solution, even if the answer is complex. I enjoy building and figuring out how things connect together.

I can be extremely literal minded at times

This can be a real help when I’m writing code – your compiler can’t infer anything from context – but less so when I’m having to ask my stakeholder how literally they’re using the expression ‘as long as it’s done at the end of the day’! Besides that, I tend not to believe there’s such a thing as useless knowledge. I also believe that there’s no such thing as a stupid question, and that giving something a go is the best way to learn.

Learning how code works isn’t a question of memorising the syntax and each function (although a working knowledge of the sorts of tools available will definitely help). It’s about understanding how the process works, how to identify when something isn’t working, and the steps you can take to figure out what’s broken and how to fix it. That can come from anywhere, given enough practice.

Try not to decide to have a career in data

Let me explain! Data’s such a broad, all-encompassing area that deciding that you want to work absolutely anywhere in data could lead to something that’s perhaps not that good for you as an individual. And on the flipside, just because one role you see isn’t a good fit, doesn’t mean that your perfect role isn’t out there. Instead, ask yourself what your favourite part of your current role is, and where in the data world you can do more of that.

To borrow an expression from comedian Sue Perkins, being a woman is the 47th most interesting thing about me. I hope that I’m making a difference in a lot of ways here, both through what I bring to the table technically and my willingness to be myself in all things. Although I was once rejected for a role because (as I was told) ‘you’ve got the technical skills, and they liked you, but they’re a bunch of geeky guys and you wouldn’t fit in’.

The future I’m hoping for is the one where we’re here in STEM, where none of us feel like any aspect of our identity singles us out as different, where no one feels that they don’t belong in STEM because of who they are. My niece turned one this year and I want her to grow up in that world.

Join us: Check out our available roles.