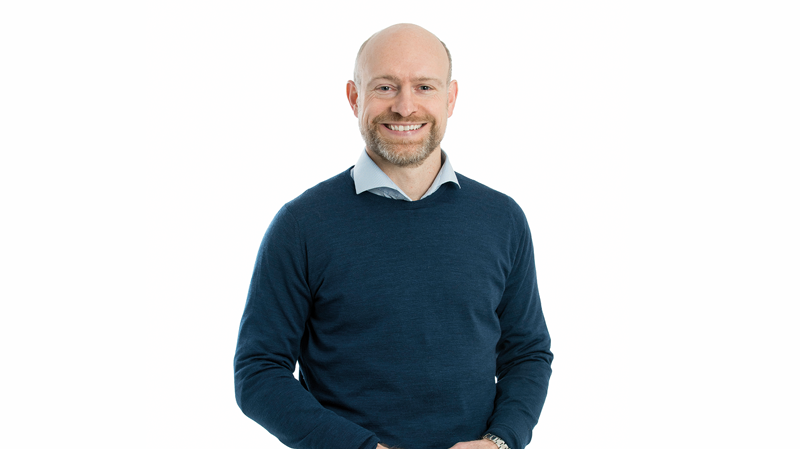 Since Toby van der Meer became CEO at Hastings two months ago, he has had a busy start to his new role. Having been with the company for seven years before becoming CEO in March, we asked Toby a little more about his career journey so far and his thoughts on life at Hastings.

Can you tell us a little bit about your background?

“I was born in Holland and mainly grew up there, but our family moved around a bit. I’ve therefore lived in various countries including Portugal, Bahrain and Indonesia as well as the UK. My English is now better than my Dutch! I moved to the south coast with my wife and three children when I joined Hastings back in 2011. In my spare time I enjoy exercising, reading and diving amongst other things. Football also remains a hobby, both watching it and playing with my son.”

You’ve been with Hastings seven years already as Retail Managing Director – what changes have you seen in that time?

“I’ve been in businesses for 20 years now and over the years I’ve been lucky enough to lead teams in a number of great companies including Egg, Citigroup and Moneysupermarket. But Hastings really stands out. Back in 2011 we were just a small private company with a few hundred thousand customers. We’ve achieved so much since then, and of course we’re now a FTSE 250 PLC with 2.6 million customers and growing. Hastings is certainly a lot bigger than when I joined! I’m particularly pleased with the changes in our culture (driven by the 4Cs – our colleagues, customers, company and community) and how we’re now more focused on doing the right thing. And it’s great that we’ve been able to create so many more jobs in Bexhill, Leicester, London and Gibraltar. But I’m even more pleased that many things haven’t changed. It still feels like a small company where everyone can contribute and have fun. I hope that most colleagues experience that too, and that we keep that attitude as we get even bigger.”

How would you describe life at Hastings Direct?

“Busy! But mostly fun. And that’s because of the people.”

How do you plan to take Hastings forward into the future?

“There is so much opportunity for us. Over 30 million cars and 20 million homes in the UK market! We want to maintain what has made us great - focusing on digital and pricing, counter fraud, our 4Cs culture, moving quickly and ‘doing the right thing’. We’re excited to fully roll out Guidewire and work further on our digital services but mostly to offer more learning and career opportunities for colleagues to make the most of the fantastic talent we have.”

Have you ever had a mentor or someone who has influenced your leadership approach?

“I’ve worked with some great people and mentors, including entrepreneurs and leaders who have built large companies from scratch. But as many colleagues at Hastings will know, Gary Hoffman (Hastings’ former CEO) in particular has been a class act to follow. He is a great cultural ambassador for Hastings and someone that I have learned a lot from.”

Which life experiences or events have influenced what you do and how you do it?

“We are all shaped by lots of different events and experiences. What my experiences (including my moves when I was younger, my family, school, and career) have all instilled in me is a strong belief that if you work hard, stay open to change, talk straight, and do the right thing, good things follow. And that whatever life throws at you, you have to enjoy yourself and let others enjoy themselves too.”

What is your ‘mission’ in life? What drives you and your career?

“No ‘masterplan’! Some leaders and CEOs are driven by titles and the size of their empire. I just want to work with great people doing good things, and have fun along the way.”