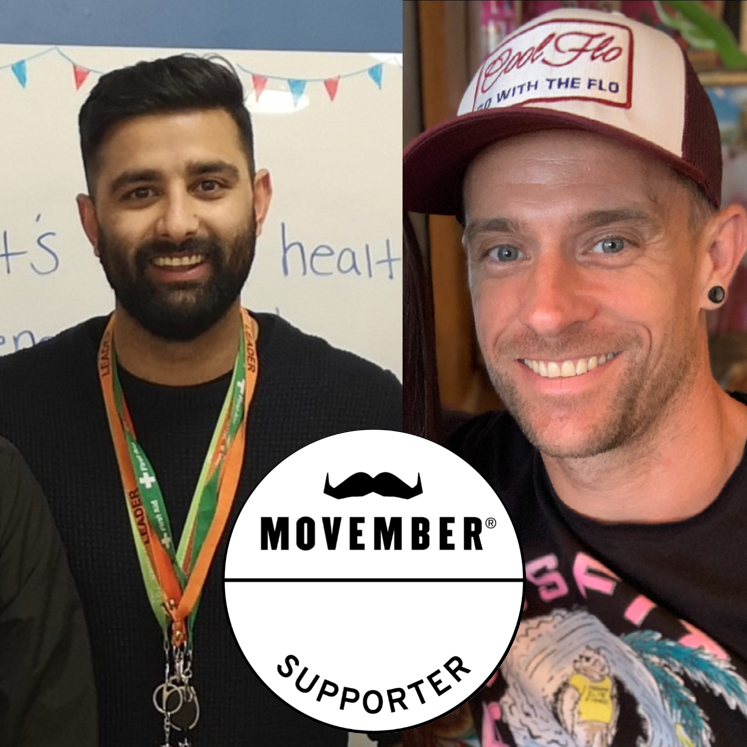 Throughout November we are supporting Movember to highlight the importance of men's health and wellbeing. From growing a Mo for a Bro to team challenges, our colleagues are finding lots of ways to support the charity and raise awareness.

Meet Dinesh and Jon and hear why supporting Movember is important to them.

Hi Dinesh, what does Movember mean to you?
Movember is all about raising awareness of men’s mental health. 75% of the world’s suicides are men and spreading awareness could help conversations to happen, which could be what someone needs.

What are you doing to support the campaign?
I am working with our wellbeing team to raise awareness amongst our colleagues - which also means I shall be growing my beard and rocking a tash!

Why are you getting involved in the campaign?
I’ve had family and friends struggle with mental health in the past and feel passionate to help raise awareness and break the stigma around men talking about their health and wellbeing.

What would you say to anyone thinking of supporting Movember?
THANK YOU!! You are having a bigger impact on people than you think. During these challenging times, it’s important for us all to support each other and be there for our mates, even if you can’t be with them.

Hi Jon, what does Movember mean to you?
Movember is a great campaign. Being a man I can tell you, we compartmentalise and we try to problem solve but we probably don’t talk enough about our feelings. You might say, ‘It’s not the done thing - it makes you seem weak’ - nonsense! It takes a stronger man to own his feelings and to admit when he might need help or admit that he is vulnerable. We need to break the stigma and get men talking more and so I’m a big believer in this campaign.

What are you doing to support the campaign?
For the month of November I will be cycling 600kms (approx. 20kms per day if I ride every single day). I’ll also attempt to grow a most magnificent Mo!

Why are you getting involved in the campaign?
A close friend’s father took his own life a few years ago. He was suffering mentally and could not bring himself to talk to those closest to him or at least find help elsewhere. He believed himself to be doing the right thing for his family, as if he were a burden, or not good enough. I saw first-hand the effect this had on my friend and his family and close friends. Nothing is ever that bad. For this reason and many others, I believe the least I can do is get involved and try to raise as much money as I can for a campaign focused on helping and hopefully avoiding as many situations like this as possible.

What would you say to anyone who is thinking of supporting Movember?
My main reasons are quite deep but the bottom line is also that this campaign can be a lot of fun. It’s also about getting up and about and getting a bit of exercise. I believe exercise is one of the best ways to blow off steam, to get some space and ultimately to get fit, which in turn does wonders for your mental health too. Whatever you do, whether it be to get actively involved or not… just talk about it and raise awareness.

Find out more about our wellbeing programme here