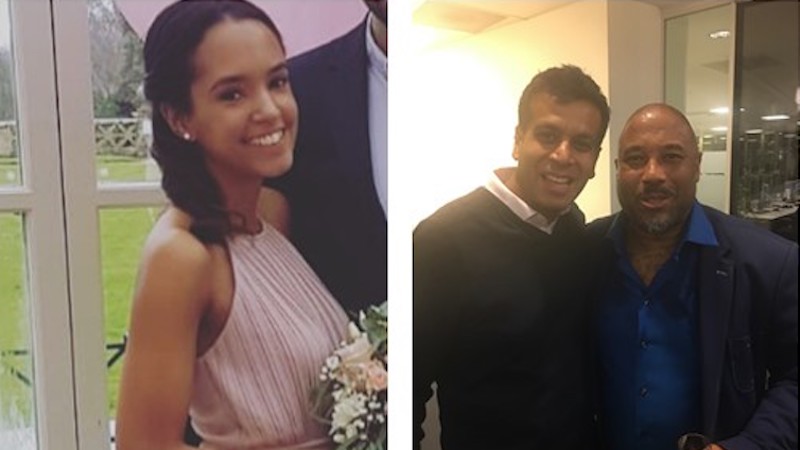 As we mark Black History Month, we hear our colleagues’ stories and celebrate their heritage.

Cat, HR Shared Service Administrator, tells us why Black History Month is important to her.

However, I think Black History Month is really important this year due to the events that have been happening and especially with the Black Lives Matter movement. It’s important not to forget that many years ago Black individuals were treated as slaves, and Black and White people weren’t allowed to mix with each other. Thanks to Martin Luther King, we’ve come a long way since then, but there’s so much more we can still do. It’s important now more than ever for people to come together and work with each other and not against each other. I think it’s also important to learn more about the people you’re friends with and the people you work with, to really get to know their culture, ethnicity and find out more about each other.

Growing up I heard a lot about Martin Luther King

The changes he fought for and the changes he made resonate with me. I cannot imagine what it was like being segregated from others and one skin colour having different rights to others. At the end of the day we are all made the same and we all share the same space, so we need to start recognising that and working with each other, rather than against each other.

I’m mixed race. My father was White British and my mother is Caribbean, therefore I class myself as mixed-White and Black Caribbean

I was born in Eastbourne but my grandparents were born in Jamaica. When my Grandparents were children, both their families moved to London and at some point my grandparents met each other and had my mum and her siblings. At some point my grandad decided to return to Jamaica and I never had the chance to meet him before he passed away. I have two brothers and we were the only mixed raced/Black family in our area at the time growing up, which meant we were the only mixed raced family at our school.

I found school difficult as my brothers and I did get bullied due to the colour of our skin. We had our fair share of racist remarks thrown at us and thinking about it now, it does bring back some bad memories. However, these days I tend not to care what people say as it’s their opinion and it doesn’t mean that their opinion is right. I’ve become stronger in dealing with any racism I may face, which luckily rarely happens these days.

As we’ve grown up things have gotten better but I do worry with what’s going on in America and also events that have happened in the UK, how safe my brothers and my young nephew will be in the years to come, so I do worry for their safety. 20,000 young Black men were stopped and searched during the coronavirus lockdown in London this year, which is crazy.

Although I know most of my mum’s history, I will be having a chat with her during Black History Month to find out more about her life and experiences

I know she suffered a lot with racism when she met my dad but I don’t know much about her experiences with racism growing up. As I never got the opportunity to meet my Grandad, I’ll ask questions about his life and why he made the decision to return to Jamaica and not stay in London with my Grandma.

I’ll also make sure that my Nephew is never subjected to the racism my brothers and I had when we were younger and support him with those conversations if and when the time arises. I always talk to him about our family and our background, so he’s pretty knowledgeable on that. My Mum has always inspired me - she always used to say “people are jealous of your lovely skin colour and that’s why they’re so mean” and maybe she’s right.

Jatin, Chief Commercial & Marketing Officer, tells us why it is important to recognise the achievements of Black people in Britain.

It is important recognise the achievements of Black people in Britain (you don’t have to be from a Black or BAME background to do that). When I was growing up in Wembley, North West London, I was surrounded by people of all different races, ethnicities and religions including many great Black people whose families had come over from Africa or the Caribbean.

John Barnes, was the only Black football player who played for liverpool football club when I was younger

I rarely saw Black people (or indeed people from other BAME backgrounds) on TV – one exception was John Barnes, who I idolised. He was the only Black football player at the time who played for my favourite football team and one of England’s best footballers of his generation.

He was someone I looked up to because he stood up to some of the racism Black footballers (and Black people in society more generally) faced at the time. John started his career as an amateur, playing for Middlesex League Club Sudbury Court, in the field opposite my school so I felt quite a local and personal connection to him.

Since hanging his boots up, John dipped his toes in football management and a few other things, but more notably he uses his platform to highlight what we still need to do to remove racism and prejudice from our society. He continues to regularly speak out on this theme and challenges thinking in wider society, and is seen as the voice of reason on race.