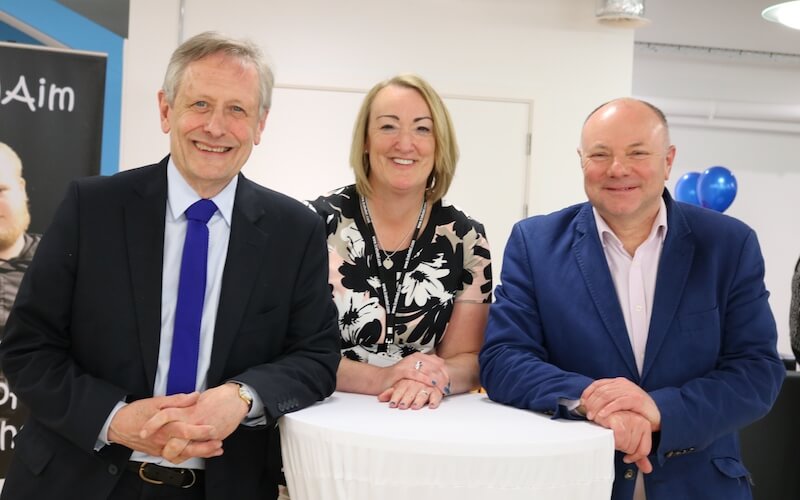 Touring the St George’s Way site, Sir Peter visited Hastings Direct’s new reception area and the new Claims department as well as the new cafeteria, ‘Harry’s’ which provides diverse and varied menus for the 700 employees, including halal and vegetarian options. The mayor was also delighted to ‘open’ the new meeting room which has been named after him – joining the meeting rooms already named after other famous Leicester people, including Gary Lineker.

As well as speaking to colleagues from the various departments, Sir Peter also met with Samia Patel, who has been part of the Hastings Direct family since it opened its Leicester site nearly two years ago and has progressed her career throughout this time.

Talking about his visit, Sir Peter Soulsby said; “Since opening their customer service centre in Leicester two years ago, Hastings Direct has gone from strength to strength. It’s great to come back to see the improvements they have made to the building, and to hear that they are now growing their Leicester operation. The opening of their new claims department here in Leicester means more new jobs – and that’s great news for us.”

Hastings Direct opened its third UK site in Leicester in May 2015 and moved to the St George’s Way location in January 2016.